Grease Trap /Smaller interceptors are meant for indoor connection to individual sinks and other fixtures (with a total flow of less than 50-100 gpm), whereas bigger interceptors are installed outside and underground to serve entire facilities. These distinct varieties are referred to as “trap” and “interceptor” interchangeably, however the smaller is sometimes referred to as a trap while the larger is referred to as an interceptor. In its most basic form, a grease trap slows the flow of warm or hot greasy water and allows it to cool.

The grease and oil in the water split out as the water cools and floats to the top of the trap. The grease-free colder water continues to travel down the pipe to the sewage. Grease traps/interceptors separate FOG using one of two ways, each of which is best suited to certain uses. To separate FOG, which is about 80% lighter than water, the larger “passive” or “gravity” interceptors rely more on time and gravity. The “retention period” of these passive units is increased by larger tank sizes, internal baffling, and standpipes, enabling gravity to work its magic. Professionals normally clear out these interceptors on a regular basis.

ARE GREASE TRAPS AND INTERCEPTORS DIFFERENT?

WHAT ARE GREASE TRAPS/ INTERCEPTORS ?

A grease trap, also known as a grease interceptor, grease recovery device, grease capsule, or grease converter, is a plumbing device that intercepts most greases and solids before they enter a wastewater treatment system. Small amounts of oils in common wastewater enter septic tanks and treatment facilities, forming a floating scum layer. In the anaerobic digestion process, the scum layer is slowly digested and broken down by microorganisms. Large amounts of oil from restaurant meal preparation might overwhelm a septic tank or treatment facility, resulting in untreated sewage being released into the environment.
When high-viscosity fats and cooking grease, such as lard, cool, they solidify and can block drain pipes when combined with other discarded solids.

DO YOU HAVE A PLUMBING EMERGENCY?

Awarded in 2021 for an Outstanding Toronto Plumber by Homestars

WHY ARE GREASE TRAPS/ INTERCEPTORS USED?

Fats, oils, greases, and solids (FOGS) that enter sewers are reduced by the traps. They are boxes located within the drain pipe that connects a kitchen’s sinks to the sewer system. They do not serve any other drainage system, such as toilets, and only have kitchen waste water flowing through them. They’re composed of a variety of materials, including stainless steel, polymers, concrete, and cast iron. They have capacities ranging from 35
liters to 45,000 liters and more. They can be found above ground, below ground, inside the kitchen, or on the exterior of the structure. Grease traps, also known as grease interceptors, converters, catchers, grease recovery / management devices, or Grease traps, have been around for over a century. They can be found in a variety of areas:
● Restaurants
● Cafes\Takeaways
● Pubs, bars, and inns
● Hotels
● Colleges and universities
● Bakeries
● Simply described, a grease trap is a container into which
FOG-containing wastewater passes before entering a drainage
system. The receptacle is meant to “catch” the FOG while allowing
pure water to pass through.

Sizing a Grease Trap or Interceptor

When it comes to interceptors, the most significant factor to consider is the size, which is determined by the maximum permissible flow in gallons per minute. Hydromechanical interceptors are typically capable of handling up to 100 gpm of flow; anything over that should be handled by a gravity interceptor. But how can you figure out the flow and the right size? There are a few options: sizing according to the diameter of the waste pipe, sizing according to the total volume of draining fixtures, or sizing according to Drain Fixture Unit values (DFU), which are prescribed by the Uniform Plumbing Code for specific fixtures. Of course, calculating the size depending on the capacity and flow of the actual fixtures in use is more complicated and takes some basic steps:

● To estimate the fixture’s capacity in cubic inches, measure the fixture’s length, width, and height (LxWxH).
● Divide that figure by 231 to convert it to gallons (1 gallon = 231 cubic inches).
● Because the fixture will almost certainly never be filled to capacity before draining, a decent average load is 75 percent of the capacity, therefore multiplying the total gallons by 0.75.
● Finally, measure the flow rate by filling the fixture three-quarters full and then timing how long it takes to drain entirely. The gallons per minute can be calculated by multiplying the figure from Step 3 by the time it takes to drain.

You may get a ballpark interceptor size by adding these numbers from all the fixtures to be connected. To ensure you have the suitable interceptor for your purposes, consult with the manufacturer or a specialist, as well as the authorities with jurisdiction.

If the tank is too big, sulfuric acid will form in the tank, which will harm everything downstream. You’ll also be spending more than is necessary for maintenance and cleaning. There are additional establishment-specific difficulties, such as the need for a longer retention time for vegetable oils than for animal fats to separate. Furthermore, due to the detergents and other chemicals used in dishwashers, which can emulsify FOG and render the interceptor worthless, the Uniform Plumbing Code prohibits dishwashers from being connected to an interceptor unless specifically mandated by the authority having
jurisdiction. Garbage can be dumped straight into drainage systems. Before measuring and ordering, be sure to verify with your local code authority. Whatever type of interceptor you use, you’ll want it as close to the fixtures as feasible to reduce the possibility of problems in the pipe leading to it and to maintain effective separation. Keep in mind the personnel who will be doing the maintenance, or the employees who will be cleaning it out: make sure there’s enough room to open the covers and perform maintenance. FOG is a common ingredient in many of our favorite dishes, but it may soon become harmful. Protecting against coagulation, whether in your building’s plumbing or your own, is critical.

There’s no grease interceptor for our arteries that’s as simple and effective as a grease interceptor, but you can at least do the right thing by your community by managing your FOG output properly. Not only will a properly built interceptor keep you on the right side of the law, but it will also help you avoid the disruptive and sometimes catastrophic plumbing troubles that FOG in the sewage system may create.

One of the most popular systems utilized in smaller organizations is traditional passive systems. This is owing to the inexpensive initial investment cost and the range of sizes available, which allow them to be conveniently put under most sinks while larger units may manage higher wastewater production requirements.

Automatic systems, also known as AGRUs (automatic grease removal units), work on the same principles as traditional passive traps, but they’re-heat and skim away the FOG on a schedule. The FOG that has been skimmed is then placed in a collector container for simple removal and recycling. Operators don’t have to measure or check grease levels because the
schedule is based on the amount of FOG produced.

Gravity systems are often massive in-ground concrete, fiberglass, or steel tanks. They function similarly to a passive hydromechanical trap, but they have a significantly bigger capacity and are better suitable for high applications. Gravity traps need to be pumped out on a regular basis, which is normally done by a grease management service business. 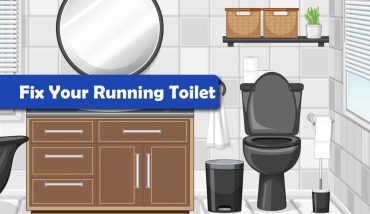 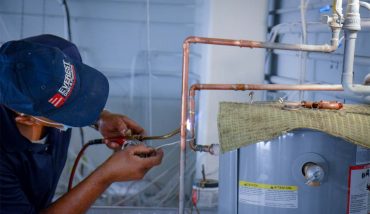